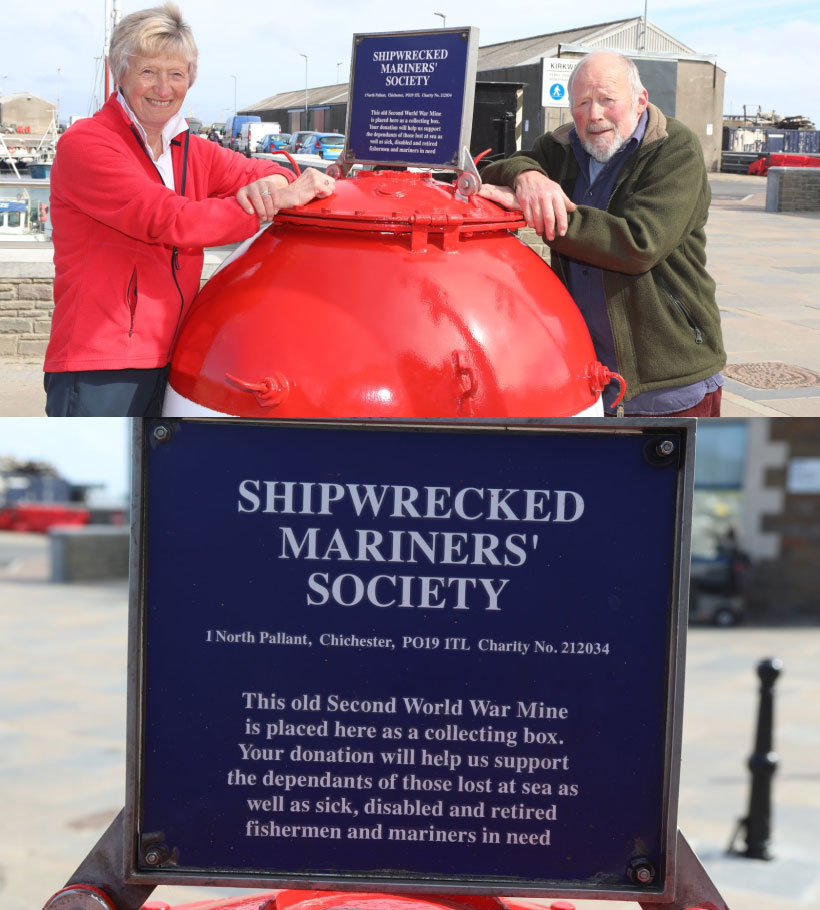 A Kirkwall landmark has been given a bit of a clean-up as part of the Council’s ongoing work on Kirkwall’s harbour front.

The old Second World War mine which is situated across the road from the Kirkwall Hotel, is used as a collection box for donations to the Shipwrecked Mariners’ Society.

The money donated through the box is used to help support the dependents of those lost at sea as well as sick, disabled and retired fishermen and mariners in need.

As part of the ongoing flood prevention scheme, the mine was grit-blasted, cleaned and painted by contractors Andrew Sinclair Ltd and local painter Andy Sutherland. The request to carry out the work was made by local man Billy Jolly and his sister Liz Johnston who are responsible for the collection box.

Here’s Liz and Billy pictured with the gleaming mine. 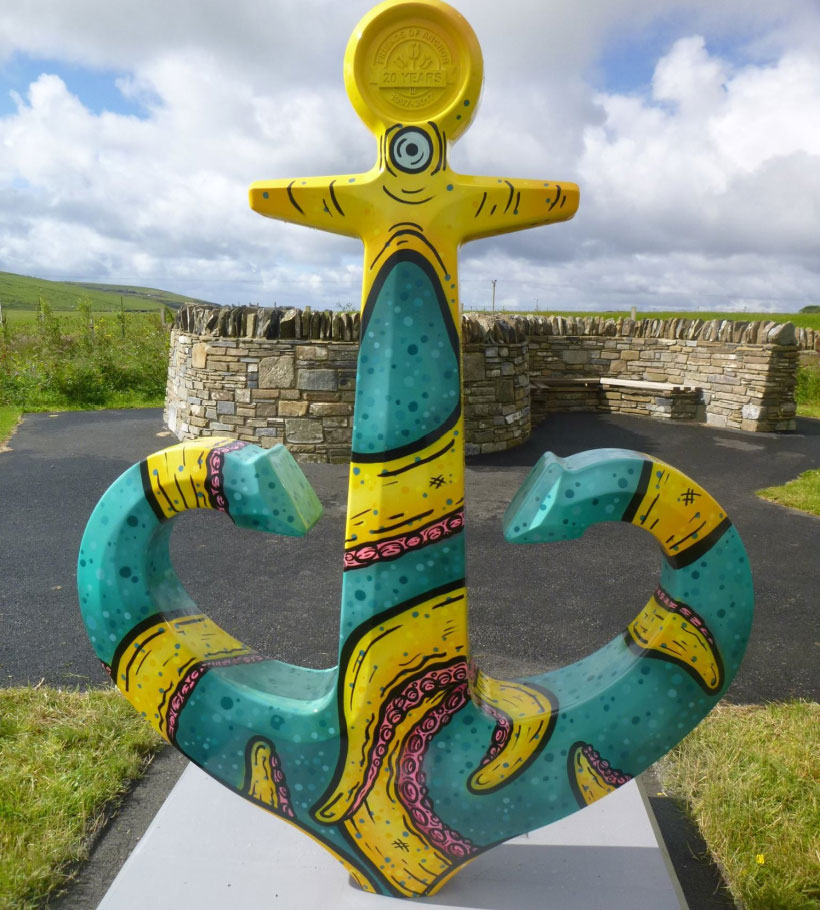 We are proud to support the 20th anniversary of Aberdeen-based charity Friends of ANCHOR having transported a specially designed anchor from Hatston and installed alongside Foreland Road in Kirkwall.

This anchor is one of 20 – each with its own individual design – that were on show across the Grampian region, Orkney and Shetland as part of the charity’s 20 for 20 anchor voyage.

This represents 20 years of support to Aberdeen Royal Infirmary, where the ANCHOR Unit provides care for cancer and haematology patients.

The anniversary project supported Friends of ANCHOR’s ‘Dream Big’ appeal and provided a platform for the public as well as artists, sponsors and partners to raise awareness of the charity.

Friends of ANCHOR has pledged £1 million to the University of Aberdeen’s ambitious £4.5 million project to attract and recruit a world-class oncology research team to the North-east of Scotland. The aim is to have a lasting impact on the care, treatment and wellbeing provided to local cancer and haematology patients.

Orkney’s anchor was designed by artist Katie Guthrie, who wanted to do what she could to support patients cared for by the ANCHOR Unit. Katie’s aim was to create a piece of work that would inspire and uplift.